September 2017 has been a mixture of the good, the bad, and the ugly.
I experienced the Good because a good portion of my late teens and early twenties was spent in New Jersey, where I lived my life to the soundtrack of Carol King, the Carpenters, and Led Zeppelin.
The musical Beautiful is a tribute to one of the most talented singer songwriters in my life.

Carol, a Brooklyn born Jew, was one of the most successful songwriters of the late 20th century.
I can’t wait to see the show in Manchester this December.

September was also a good month because after a successful year on the campaign trail, the Labour Party at its September Labour Party conference condemned the continuing incompetence of the Tory government.  I post party leader Jeremy Corbyn’s speech, which argues articulately against continuing Tory misrule in the UK.

After the tragedy of Grenfell Tower, the slow strangulation of the NHS, and a tidal wave of u-turns and blunders by senior
Tories the electorate is increasingly, and correctly, convinced that the future is better in the hands of socialists. 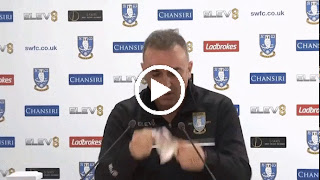 I also experienced the Bad…
My football team lost 2 consecutive games last week. Sheffield Wednesday’s unbeaten 7 match run was ended by steel city rivals Sheffield United last Sunday, which led Carlos to screw up a £20 note and thump it on a table in pantomime fashion, at a press conference.

“No matter how much I abuse this £20 pound note, it’s still worth the same still amount  It’s the same with my quality football team”.
On Sunday they play leaders Leeds United.  Anything less than a win will seem like a loss.
I want us to win of course, but at the end of the day does it really matter?
There are things much more important than the result of a football match, like politics that impact on real people.

But above all, remember the Ugly…

More important than anything on the planet is how we see our fellow beings.

One of our cats is very poorly right now and spends much of her day sitting on me or my wife, looking for affection.
I’ve blogged before about the importance of animals, which is dismissed my many.
But the testimony of Eva Mozes Kor (opposite) is devastatingly persuasive.

As a twin she and her sister were experimented on in Auschwitz , in the name of science.

So why get so wound up by a football score when atrocities like this go on?

Now 70, I'm getting back into website development and brand protection, as well as showcasing the delightful artistic talents of my beautiful wife Lynne. My projection will encompass a lifetime of database marketing, as well as the Christian democratic socialist ideals of my wife and I. View more posts